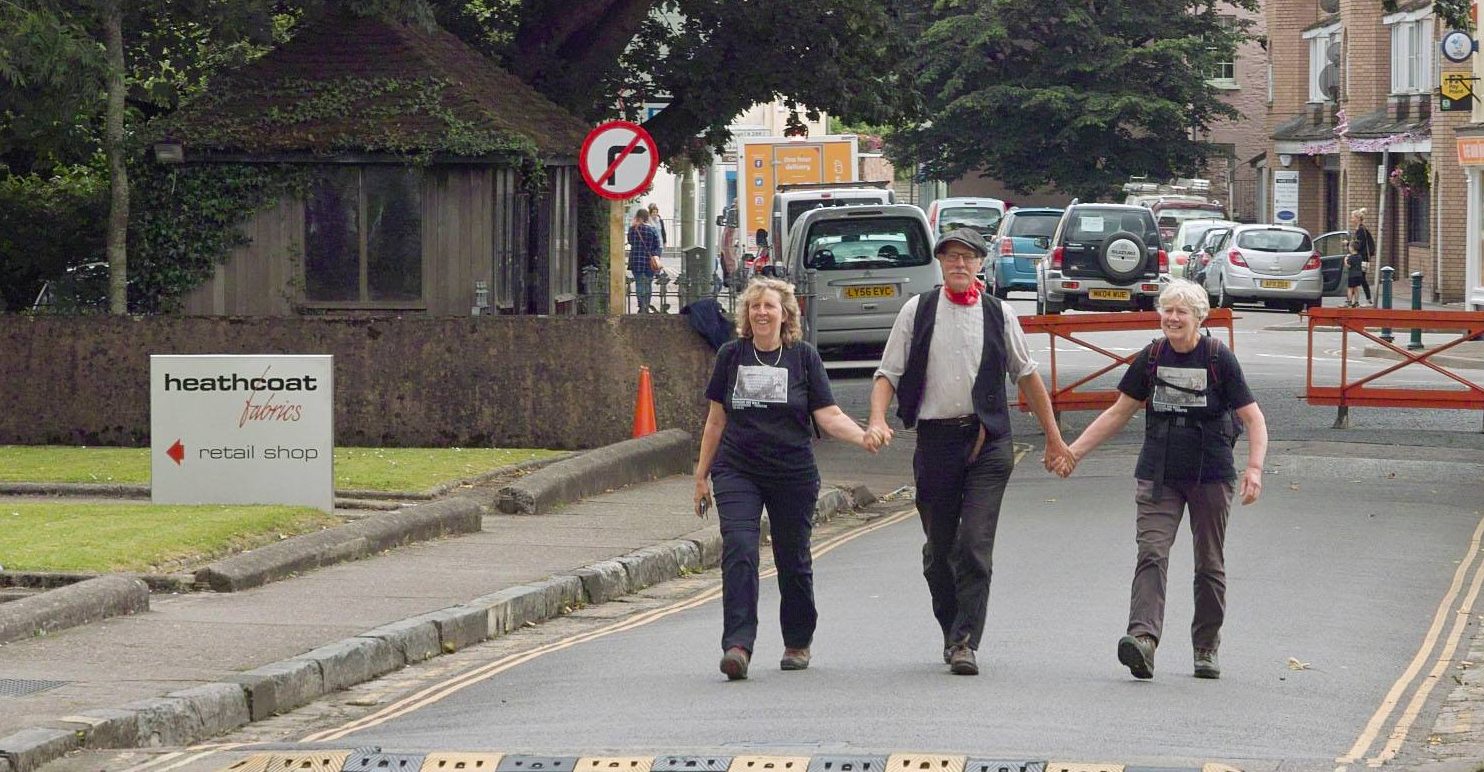 Andrea Rowe, Sandy Haughton and Ian Porter left Loughborough on 25 June to commemorate the walk made by Heathcoat employees in 1816. They completed the journey on Monday 11 July and were greeted by supporters, many of whom had joined in the walk at various points, including Sir Ian Heathcoat-Amory a descendant of John Heathcoat; and guests, HM Lord-Lieutenant of Devon – David Fursdon, High Sheriff of Devon – Mrs Angela Gilbert, councillors, directors and pensioners of Heathcoat Fabrics at a special reception arranged at the factory site.

Cameron Harvie, MD welcomed the walkers and recognised the faith that those original workers had in taking such a journey and their contribution that helped John Heathcoat build a successful business, transforming the fortunes of the town. Mr Harvie went on to thank company pensioners for their own contribution in the success of the business and the continuing close links between the company and the community, maintaining it at the heart of Tiverton at the end of its second century in the Town.

Speaking at the finish, Andrea, who is a trustee at the Tiverton Museum and whose idea it was to commemorate the historic walk, said: “It is a great relief to have completed it. We’ve thought a lot about the original workers and how they must have suffered on the journey, with their feet, finding food and shelter. The motivation must have been very high to have left their homes and come all this way into the unknown”.

Loughborough resident Ian Porter is Author of ‘The Last of the Luddites’, published in 2015. Ian spent seven years researching for his book which presents extensive historical evidence on events surrounding the attack on Heathcoat’s factory in 1816. Ian says “The Luddites are arguably the most misunderstood movement in English history”.

Ian was delighted that the Museum in Tiverton had made contact with Loughborough to commemorate the historic event. The Tiverton Museum of Mid Devon Life, which Angela and Sandy are trustees, have also put together a small exhibition charting some of the company’s 200 year history of manufacturing in Tiverton, which is on display until December and the company are hosting their own celebratory community event on August Bank Holiday Monday, ‘Party 200’.